“We have the ability to access our connection with our cells, reconnect our body-mind-spirit and, our rapport with each other through the seemingly simple TTouches,” stated Dr. Fleming in our conversation. 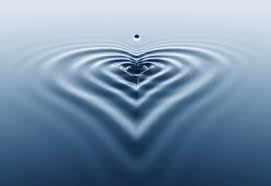 Years ago I heard Dr. Peggy Fleming, a Holistic Vet, talk about healing from a holographic perspective.  I was one of twenty TTouch Practitioners at an advanced TTouch training with Horses.  Hearing a vet speak about the benefits of TTouch and this larger perspective of healing touched my heart deeply and was so exciting! This was a wonderful treat, medicine for my heart, and an enormous relief.

Later, I asked Dr. Fleming if I could interview her for an article. The following article is taken from our conversation.  Although this was first published in 2002, I wanted to share it with the many new readers that have since joined this newsletter.

“Vital Life Force is a spirit-like dynamic separating life from death.  Life Force enlivens or animates an organism,  a body, person, or animal, yet medicine says that life is about the immune system.”   Dr. Fleming shared.

She continued saying, “In health, life force governs and keeps the organism and all its parts in vital perfection.  Life Force is more than the body, it is more than the mind. Ideally it allows one to live without restrictions, to function harmoniously, and admirably. 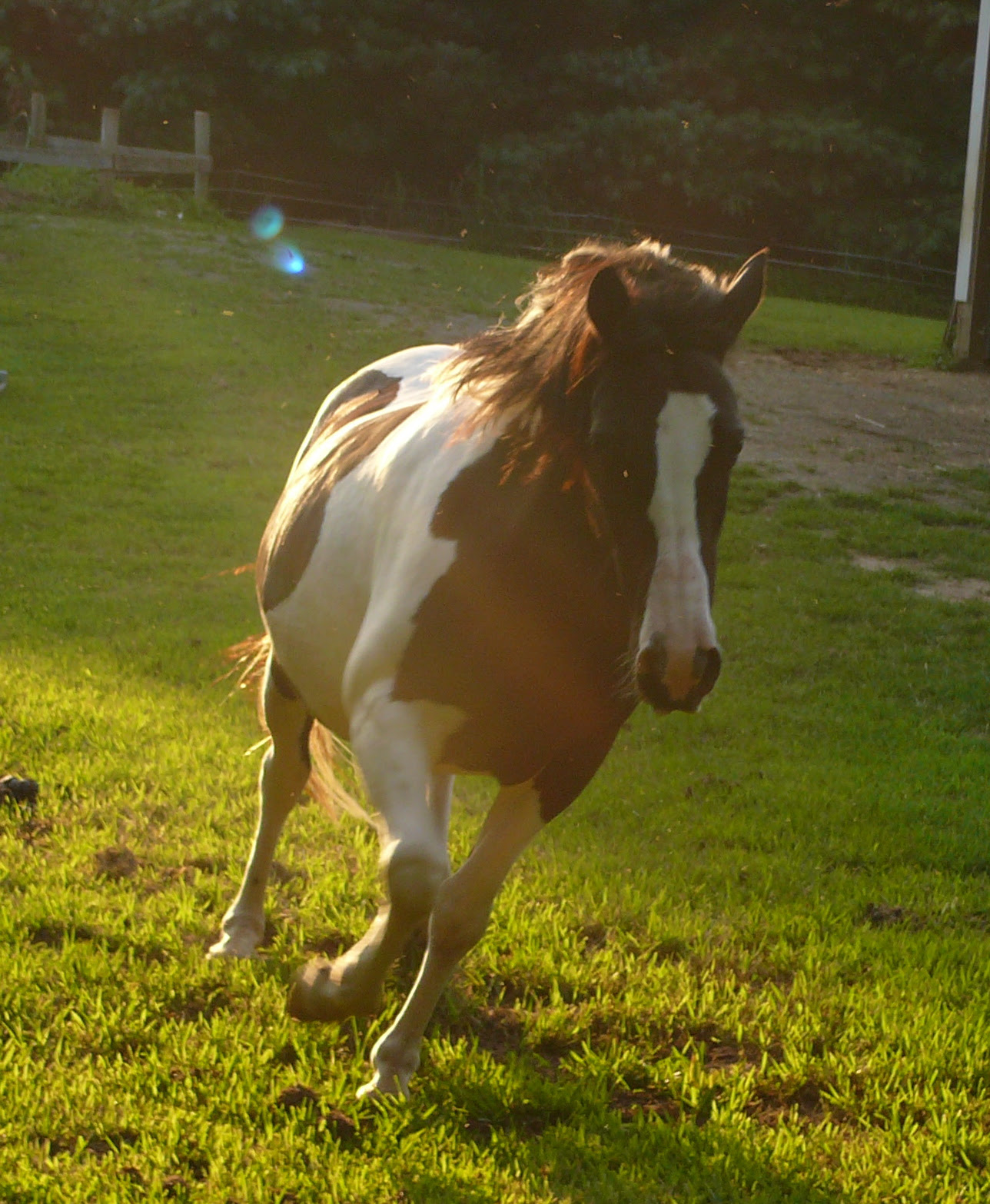 For example, you see a horse out in a field and it is admirable, and operating without restriction. There is an innate  ‘Awe-struck-ness,’ a perfect harmonious functioning.  It freely avails itself of life force for its higher purpose.  To me, that is to attain higher goals.  If you are not doing what it is intended to do, the organism isn’t well.  If you are not living your goals, your intended purpose, for a higher purpose, there is an unbounded sway.”

“Restoration of health also means that there is not always a continuous need to be adjusted or medicated.”

Dr. Fleming’s principles in her treatments:

Dr. Fleming  sees that being “knocked over” in life is not the problem, it is how quickly we can come back to center.  If all the mechanisms are working together, there is permanent restoration.  Meaning, when something comes into our life that is stressful, we have the ability to come back to center fairly readily, and be able to deal with the issues at hand in a functional manner.

On the other hand, palliative care is where continual medications are needed, whether it is herbs or medicines. 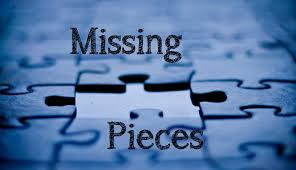 She gave a example of looking at the whole being rather than in its separate parts and symptoms. “A horse comes in who is lame on her left fore fetlock.  She has arthritis.”

She pointed out that we can look at this situation with different levels of awareness:

In the medical field and in our culture, we look at the individual parts of someone’s history without ever meeting to shake hands with one another.  The parts seem to be disunited, or not related.

She pointed out the importance of looking at the totality of the someone’s life, whether it is a horse, dog, cat, person.   The point is to find the singular, underlying issue.

In this case the issue was with the mare’s heart.   The trauma she experienced to her spirit, led to changes in her physical body with her heart.  This poor circulation created a lack of blood flow, and then pain in her uterus.  This lead to issues with her sweat glands, and then to poor circulation to her joints.

“Often, we chase symptoms,” she added.  “Everything lead back to her loss in the relationship from her buddy and her herd.  All the symptoms seemed separate, yet they were part of the whole.  All of this can be treated for total restoration of health and life force.”  She then exclaimed, “It is exciting to look at life this way!”

Here is another example.  She said a Tennessee Walking Horse came in yesterday with epilepsy who was having terrible seizures.  The horse had been a pro, showing extensively. She added, he’d also experienced deep trauma and was abused.  He was purchased by the current owner from the show barn, and brought in to to see Dr. Fleming.

Prior to coming to her, he been sent to a big Vet hospital and had had all the typical workups. They looked for many possible causes without success.

She learned that the horse had a history of refusing to be tied.  In this professional barn where he previously lived, they tied him anyway, to a large and heavy Oak tree.  He would fight so much that he would flip over multiple times. He shredded the tree in the process.

With his new person, he trembled and shook when on cross ties.  Dr. Fleming suspects that he had had multiple head traumas while he fought while being tied to the tree, and flipped over at the oak tree.  She thought that he had incurred enough head trauma to create epileptic seizures.  And she added, his spirit was broken.  When she saw him, she said even the slightest movement towards him would be enough to initiate the memory of trauma.  She believed in the horse’s mind, the cellular memory of these horrible episodes continued.

The coping mechanism was to leave his body, in this case, through seizures.   Sometimes, he would go with his neck inverted, his head high, and his eyes bugging out.

She exclaimed that she saw TTEAM/TTouch as in important part of his restoration of health.

The current owner bought him despite all of this, and gave him much tender loving care (TLC).  With some of his fears, he did make some progress prior to coming to Dr Peggy.

She noted, “This horse is still frozen in the past trauma.   In as much as it is needed, the TLC was not able to address or release the real and deeper issues that were embedded in the cellular memory of his body, heart, mind, and spirit.”

She strongly felt the circular TTouches would be an important part of his restoration.  She then talked about the significance of the various circles used in TTouch:  “The circle Represents nothing linear and in this way mimics the subconscious.   In a circle, there is no linear time, all is happening in the circle, in the moment.  The circle removes the delusion of linear time.“

The vital life force, which Dr. Fleming spoke of earlier, is within each and every cell in the body.  The vital life force, this spirit-like dynamic, is automatically accessed, and activated with the circular TTouches.  This is the beauty of the circles she added, “The access of the connection of mind, body and spirit through each and every circle made on the horse’s body.”

Linda Tellington-Jones, creator of TTouch, also refers to the circular TTouches as activating the innate intelligence within the cells, the potential for perfect functioning in each cell, the light in each cell.

With these examples, we see the need to view the whole picture, to look at the totality of the horse’s life, including the emotional,  physical, mental and spiritual impacts of their previous environment on their current life.

Dr. Fleming continued to take all of these insights and viewpoints to yet a larger perspective saying,  “A cell, is a hologram of the whole.  As an example, she said to imagine looking at a holographic picture.  You look at one piece of the picture, and you are able to see the whole picture.   From within that little piece, the picture is 3 dimensional.   She related this to our cells, seeing that every piece of information is within any individual cell and can be accessed.” 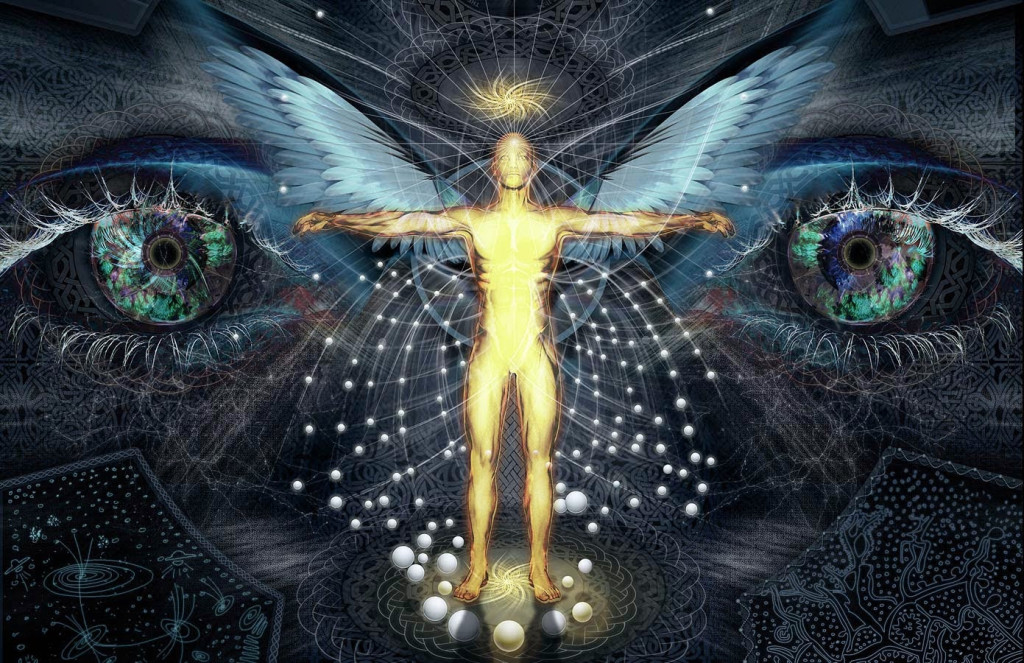 Dr. Fleming, DVM stated, “We have the ability to access our connection with our cells, reconnect our body-mind-spirit and, our rapport with each other through the seemingly simple TTouches”

She spoke of how this perspective informs her about how she works with any animal or person, and  brought this back to the nuts and bolts of her practice.

When she approaches a case,  she looks at the totality of the horse, animal or person, and proceeds from the premise that “The only truth we know is that we are all a part of a greater whole.” 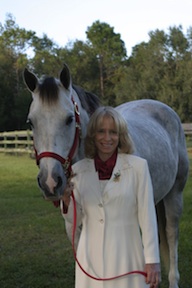 Dr. Fleming graduated from the University of Florida Veterinarian School in 1981.  She was a vet at race tracks for several years.  During that time, she had a bad sky diving accident and broke her back.   She had an epiphany in realizing that the accident was the greatest thing that happened to her.  She discovered many things that no one had showed her previously about health, healing and restoring vital life force.  This has become her life’s devotion.

Dr. Fleming has attended schools for Acupuncture, Chiropractic, Classical Homeopathy with certifications in all of these modalities. She began her own animal hospital called, Fields of Dreams in Florida.

Dr. Fleming has co-authored a number of books;  Veterinary Acupuncture: Ancient Art to Modern Medicine;  A book with Dr. Allen Schoen, and Equine Atlas: Acupuncture Logi.  She has an article  Pain Management in the Equine, and is head lecturer of the Equine portion of both Tufts University and Colorado State University Veterinarian Schools.  She is also on the Veterinary Advisory Committee for TTEAM International.

This is an edited version of the article originally published in the July-September 2002 issue of “TTEAM Connections,”  the  official International Newsletter for TTEAM International  and  Animal  Ambassadors;  and also published  in the  October  2002  issue  of “One Heart Newsletter” by Sandy Rakowitz.