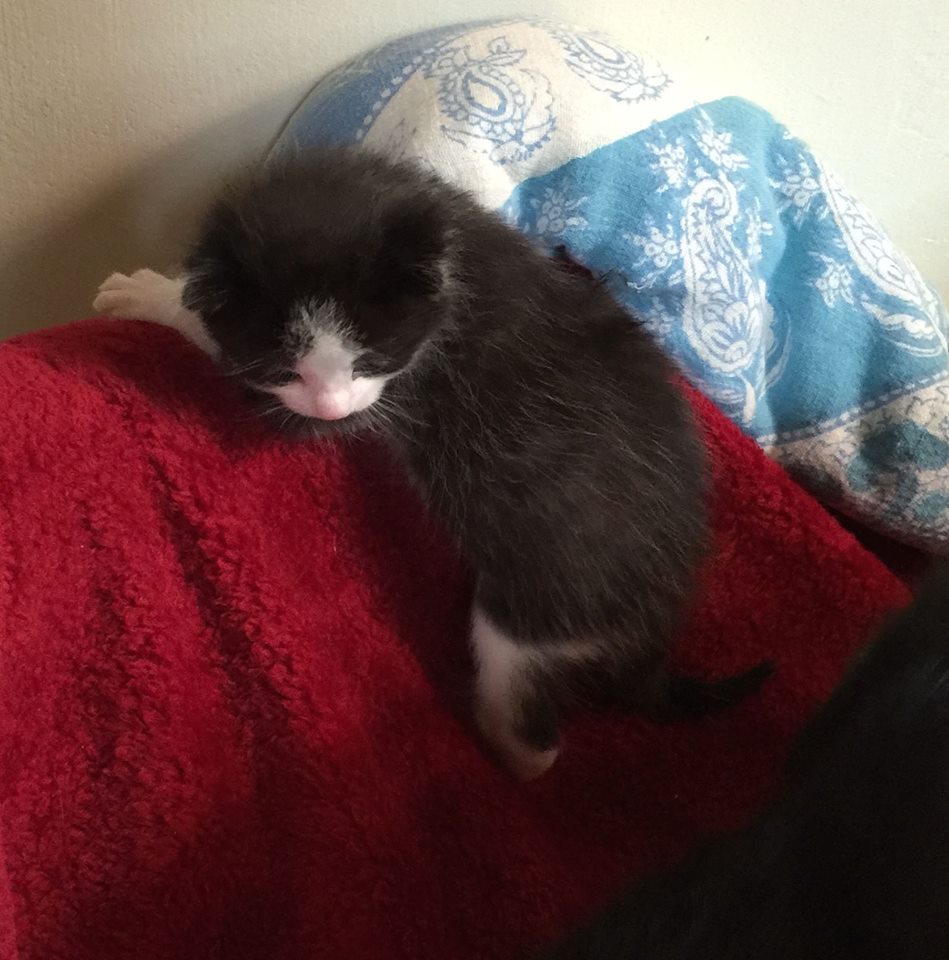 This #1 tip is THE most valuable thing I have learned from communicating with animals over the last 20 years.

And, it is vitally important in every area of life. During my planning to move from Virginia to California for instance, I continuously kept my ‘eye on the prize.’ Clearly picturing my new dream home, the new dream home for the horses, and living in California. After holding this vision true, and doing a tremendous amount of follow up action to create it all, I found my ideal places to live for me, Cassia and the horses. This stuff works in so many ways!

Enjoy this favorite tip from the kittens when they were just little ones, and from all the animals.

Training kittens?  Is it possible?

YES.  I am here to tell you, definitely, you can train cats – and kittens….
…..despite all the myths about cats, this is possible!

Well, truthfully, sometimes they are training me, and sometimes I am training them….
Right now, we’re working on them sitting before they eat.

Sometimes it is comical.
Other times it is frustrating.
A few times it’s been nerve-wracking.

And, it is really, truly cool!

There is something magical, and comical, and always entertaining….
….when a cat, or a kitten sits when you ask!

We started training earlier this week after I returned from a weekend trip. You know the saying, “Necessity is the mother of invention?”
This was the name of the game when I came back home.

Those sweet, patient, cute kittens had become vocal, demanding, and, well, a bit obnoxious by some standards.

Training 3 kittens at once was a bit daunting initially. We are all on a learning curve.

My #1 Animal Communication Tip: Keep a clear picture in your mind of what you want.

I realized after the first day of asking them to sit – with a clear picture in my mind – or so I thought…..
….that I was only picturing one kitten at a time sitting.

And so, they did what I asked.  They sat one at a time.

Cassie would sit, and then pop up.
The Maggie would sit for a nano-second.
And at some point, Valor would plop her butt down.

Meanwhile, Magic Momma was sitting looking at me patiently – with a bit of a smirk, waiting for me to recognize her immediate, and superb, SIT. 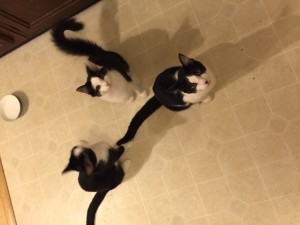 Once I got the need for picturing ALL 3 kittens, and Momma, sitting at the same time, everything got clearer, and voila!

They were able to respond more readily – to what I actually wanted, and thought I had been already asking.

And, when I was clearer, they got calmer, less vocal, more at ease. It was as simple as that – be clear, have a clear picture, and all is better.
Period.

We do this all the time – we THINK we are clear, and don’t understand why the other person, or animal is not getting it…

I truly feel this is such an important key to understand when communicating with animals – for so many reason.